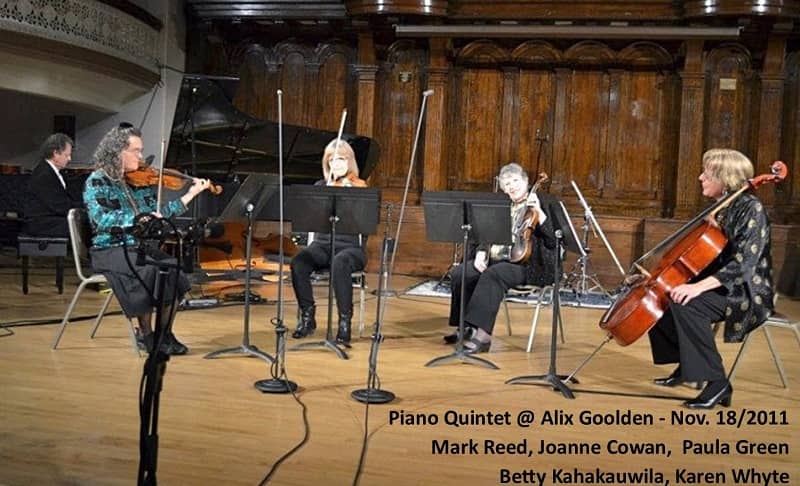 Erato Ensemble performing Mark’s “Message to Home” at the Orpheum Annex in Vancouver, 2013 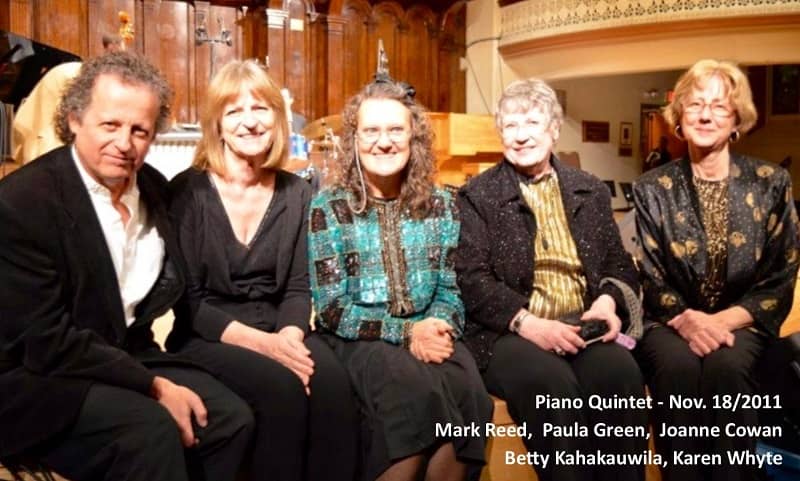 Having played violin, including in string groups, as a youth, has had a twofold influence on how I write, produce, and arrange music. First, I tend to write/improvise string sounds into my music projects both in performance with other people and when recording.  Until 2011, I did that with keyboard synthesizers only.  Second, I try to write string parts that are musically interesting and enjoyable for the string musicians to play.  The parts are not derived from chord sequences and I don’t purposefully (not yet, at least) make them difficult to play.

Late in 2011, I debuted a piano quintet (piano + a string quartet) arrangement of two of my ‘songs’ at my high school’s (Mt. Douglas Senior) 80th anniversary concert at the Alix Goolden Hall in Victoria, BC.  The musicians were: Joanne Cowan (violin), Paula Greene (violin), Betty Kahakauwila (viola), Karen Whyte (cello), and me.  The performance went over very well.  A few months later, the Mt. Douglas School string orchestra students performed my arrangement (no piano) of another of my pieces for the Greater Victoria Performing Arts Festival 2012.

Over the next year or so, I led a piano trio (with Joanne Cowan on violin and Karen Whyte on cello) to perform concerts/recitals of my songs at various venues around Victoria, including Government House, Centennial Square, and the Wood Hall.  Occasional substitute cellists were Larry Skaggs, Martin Bonham, and Alex Klassen.  And Fergus Heywood played drums with us once.

A highlight during this period was the performance of my song “Message to Home” by the Erato Ensemble at the Orpheum Annex in Vancouver in 2013.  Especially fun about this is that videos of both that performance and of a performance of the same song performed by my rock band The Fault back in 1991 are on YouTube.

By the end of 2013, the group had lost its momentum.  We each had other projects that diverted our attention.  The group just sort of withered away. 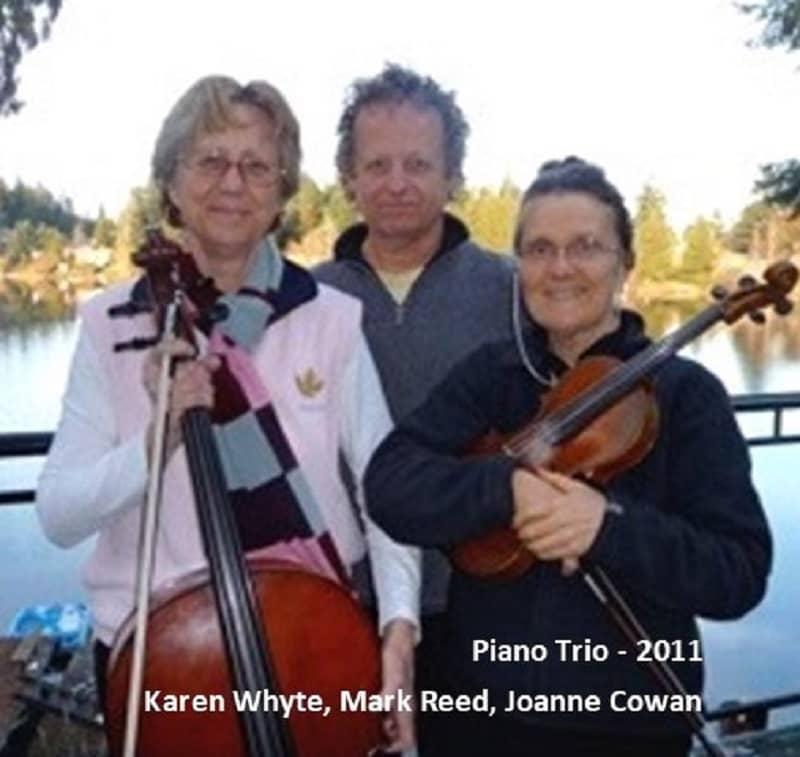 Mark with Joanne Cowan and Martin Bonham performing Mark’s “They’re Gone” at the Wood Hall in Victoria, BC, 2012